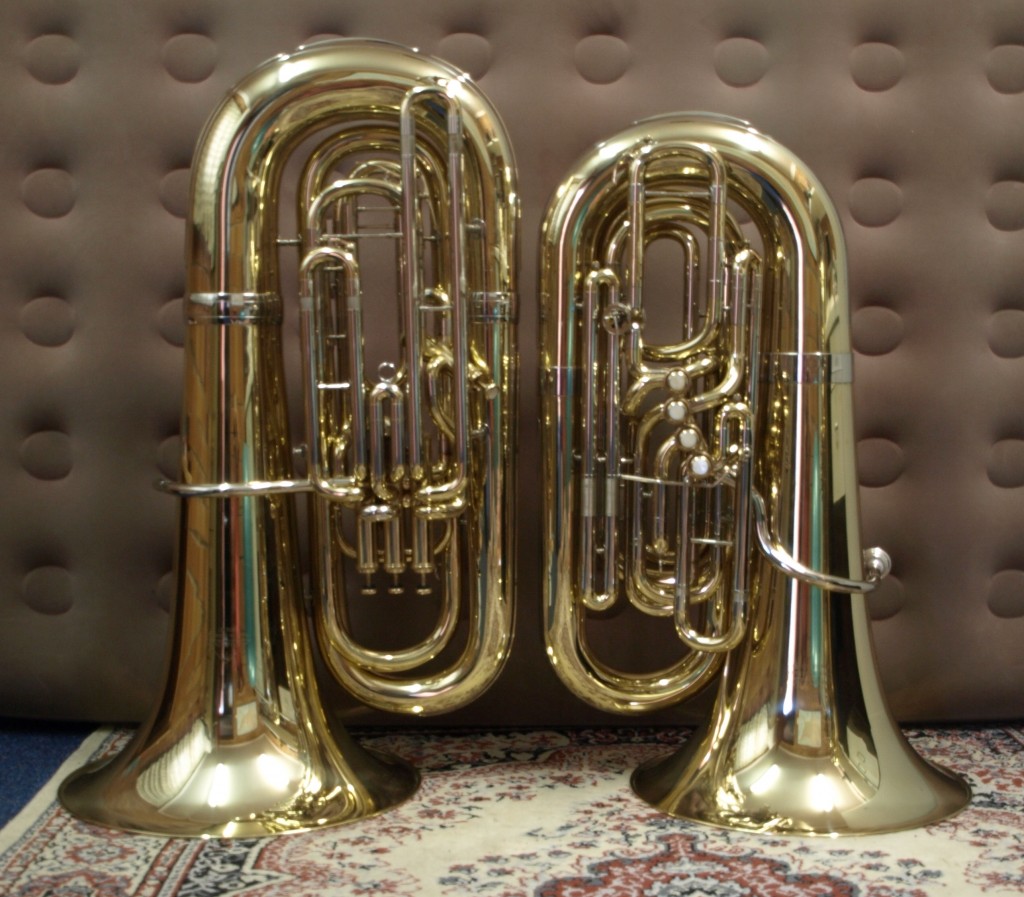 This comparison was a quick and easy one.

Comfort? Hands down the 1291. I gave up performing on a Sovereign Bb (and their copies) back in 2005. The layout with the 4th valve constantly twisted my back to the point I had shooting pains in my left shoulder. Although the Miraphone model has better positioning with it’s 4th valve, the result is still the same. (see Clash of the Titans review)

“Left pointy tuba with valves in front” for me. Never had a comfort problem with the 1291

The main comparison I did with these 2 behemoths was the difference in playing characteristics and sound.

A bit of history first. I used the M9000 from my brass band to help them out at a contest (I eventually joined them). It has a great clear and resonant sound. Easy to play even down to the fundamental Bb with a bit of resistance. Otherwise, an awesome tuba, despite it being uncomfortable to hold. Plays evenly across all registers and very consistent.

The 1291 had the same quality of sound, was my initial thought, but not exactly the same. Like the M9000, it is consistent across its entire range and easy to blow. Immediately apparent was that the octave Bb scale down to the fundamental, was far less resistant than the M9000. This was expected.

After a couple of back and forths between the 2 tubas it became clear why for me, I would choose the 1291. For the same “playing effort” the 1291 has more sound, oomph and presence than the M9000. Accompanied with freer blowing lower register and A+ comfort factor, hands down the 1291 is a winner for me.

Search Voice of the Tuba