Ashley Gittins, euphonium soloist, is the first invited guest artist to perform for the Voice of the Tuba – In Concert series.

The catalyst for this up coming concert is a duet I wrote many years ago for euphonium and tuba called Teddy Bears.

While I have performed it on a number of occasions, I have always wanted to perform it with this gentleman. Now this wish has almost come true, as the next VOTT In Concert draws near.

The concert will open with a duet Ashley has written, Two Funky. Teddy Bears will follow.

I will perform “Circus” – Carlos Cano.
Ashley will follow with “Russian Dance” – Bohme.

The concert will conclude with 2 duets.

“Devil’s Waltz” – Steven Verhelst
“Cockadoodledoo – Henry the Rooster” – Written by myself especially for this event.

Please continue reading to find out more about this wonderful musician and VOTT guest artist. 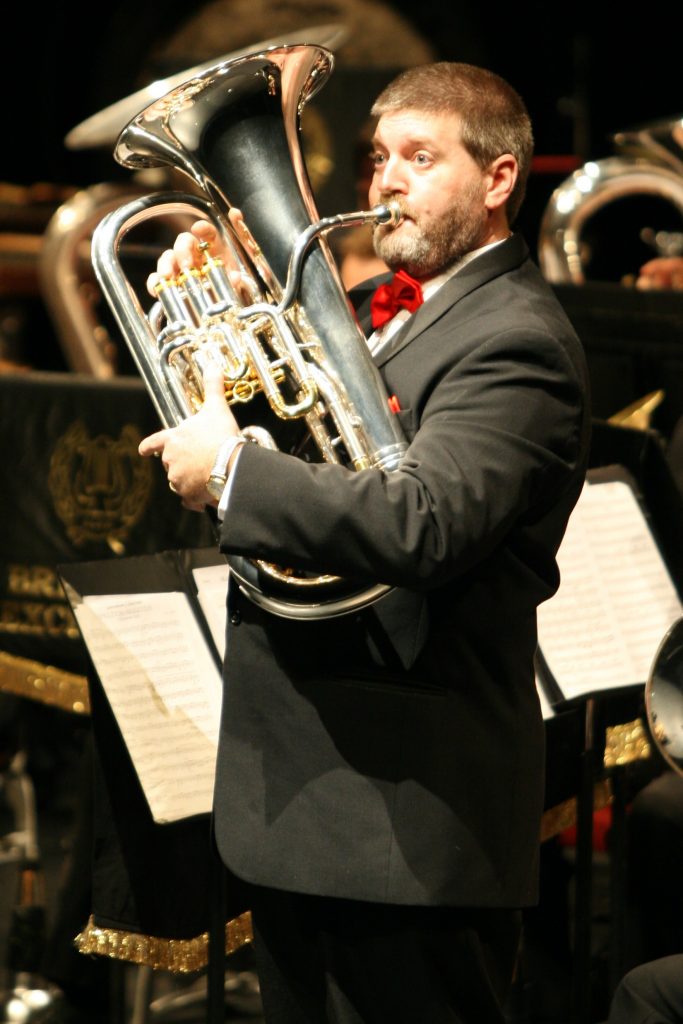 Ashley Commenced playing the cornet (like a trumpet) at the age of seven. He has since played with many groups on many instruments, a wonderful journey that has taken him to many places around the world as a band and orchestral trombonist and Euphonium soloist.

It has been his privilege (largely with the Qld Pops Orchestra) to support many terrific artists over the years from Tim Minchin to Troy Cassar-Daley, Marcia and Deni Hines, the Kings Singers, the late Jimmy Little and Rob Guest. And hundreds more-always watching and marvelling at their sheer artistry and stagecraft.

He has taught in countless schools in both the state and private education systems for the past 30 years and now has many former students engaged as teachers, performers and life-long musicians.

A life member of the award winning ensemble, Brisbane Excelsior, Ashley won numerous National Championships with the band and achieved three National Euphonium solo championships and was twice awarded the Champion of Champions title prior to retiring in 2011.

After spending a few years away from classical music ‘getting his jazz on’, Ashley joined the South Brisbane Federals Band and now leads their trombone section.

Search Voice of the Tuba